Roxanne Varza is Director of STATION F, the biggest startup campus in the world. She is originally from Silicon Valley. Before joining STATION F, she led Microsoft Ventures Paris and TechCrunch France. She also worked for several London-based startups and co-founded StartHer, Tech.eu and FailCon France. Roxanne is also scout for Sequoia Capital.

Are the “Roaring Tech ‘20s” Already Over? 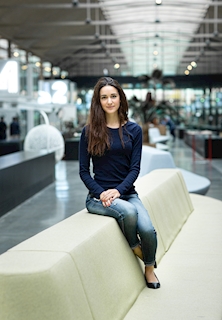