Bertrand Dumazy is a graduate of ESCP Business School and holds an MBA with distinction from Harvard Business School. He started his career in 1994 as a consultant with Bain & Company, first in Paris and later in Los Angeles. He then worked as an Investment Director of BC Partners in 1999. In 2002, he joined the Neopost group. Initially Head of Marketing and Strategy, he was appointed Chairman and Chief Executive Officer (CEO) of Neopost France in 2005 and then Executive Vice-President, Finance for the Neopost Group in 2008. In 2011, he became President and CEO of Deutsch, a world leader in high performance connectors, a position he held until the group was acquired by TE Connectivity. In 2012, he joined Materis as Executive Vice-President then CEO and eventually President and CEO of the group, renamed Cromology. In October 2015, he was appointed Chairman and CEO of the Edenred group. Bertrand Dumazy is also a Board member of Air Liquide and Neoen. 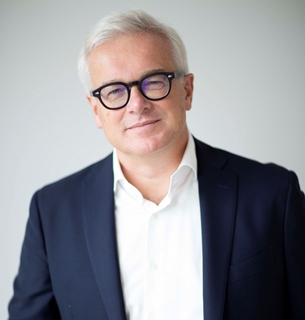